Tonight we’re having cod for dinner, made in the style that my mother taught me a couple of weeks ago (see pesce in umido for the recipe).  In addition, I wanted something to soak up the aromatic winey sauce from the fish.  I haven’t made mashed potatoes in ages–they’ll be the perfect accompaniment.

I’ll add some fresh fennel, slow-poached in olive oil, then pureed.  Fennel is a natural accompaniment to all kinds of fish and seafood, and poaching it in olive oil reduces it to a sweet, caramelized essence that you’ll have to stop yourself from eating on its own.

There is no butter or cream in these potatoes–just olive oil (admittedly a copious amount), but you can add or subract oil according to your taste.  You can add some of the oil in which you poached your fennel, but I wanted more of the flavor of the raw oil, rather than the cooked oil, so I added more raw oil than cooked.

Lastly, I added some chopped raw fennel fronds–not too much–they’re strong–but necessary to give the puree a little brightness and textural contrast.  They also give you some flecks of bright green, which reinforce the deep flavor of the cooked fennel.  I always hate to throw away those gorgeous fronds, so this dish allows you to take advantage of (a couple of) them as well.

Along with the fish and mashed potatoes,  we had some simple baby green beans, boiled for about 5 minutes, then sauteed in olive oil right before serving.

This meal is perfect for entertaining, since you can make the fish and keep it covered, off the heat, for a half-hour or so, while you’re having a first course.  You can blanch the green beans ahead, drain them, then saute them at the last moment.  The mashed potatoes can be made entirely ahead and left in a covered saucepot off the heat.  They can  be reheated in a saucepan with a half-cup of the potato cooking liquid at the last moment. 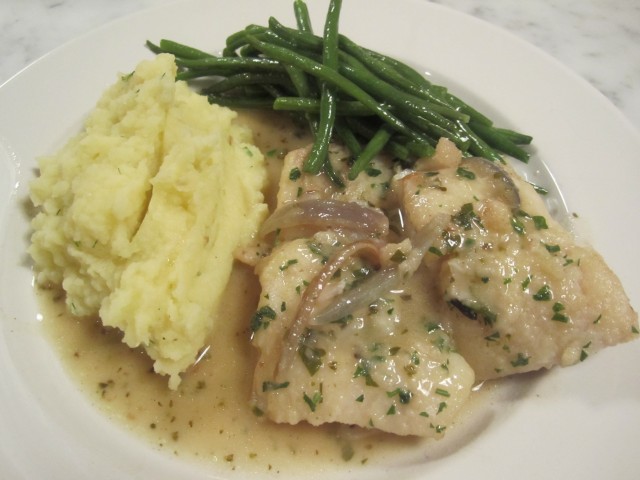 Place potatoes in pot of heavily salted water and bring to a simmer.  Cook until potatoes are soft–about 15 minutes. 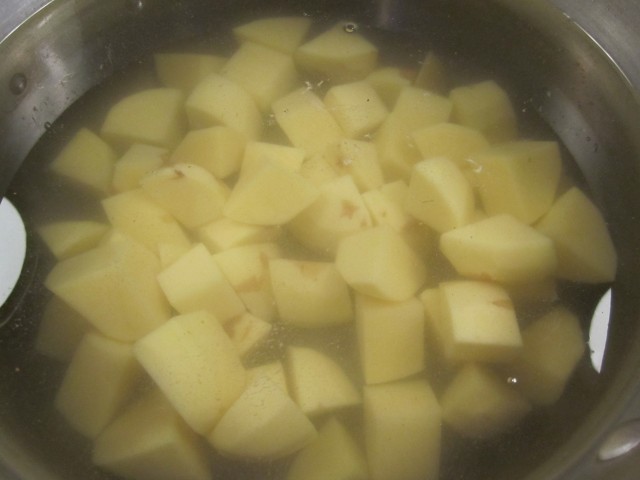 Slice fennel bulbs in half and remove the core from each half.

On lowest heat, slowly poach fennel in oil, covered for about 12 – 15 minutes, or until soft and melting. 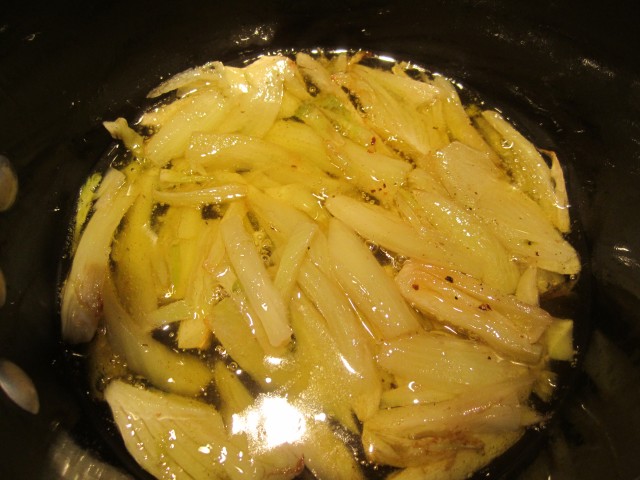 Place fennel in food processor with 2 tablespoons of its poaching liquid.  Process to form a puree. 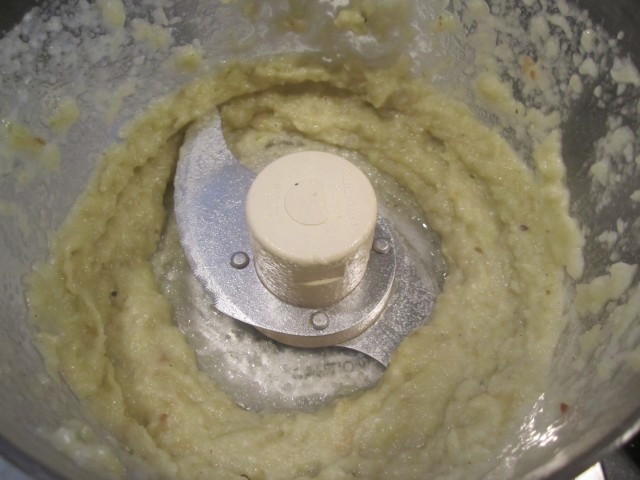 Puree potatoes in a ricer (never in the food processor–they turn to glue). 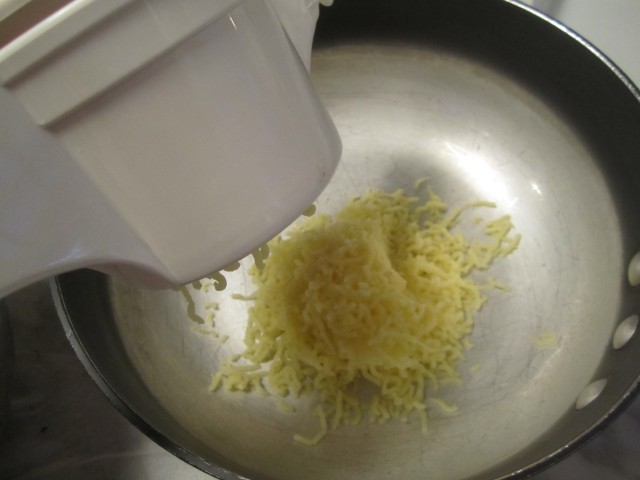 Fold fennel puree into mashed potatoes and return to saucepot. 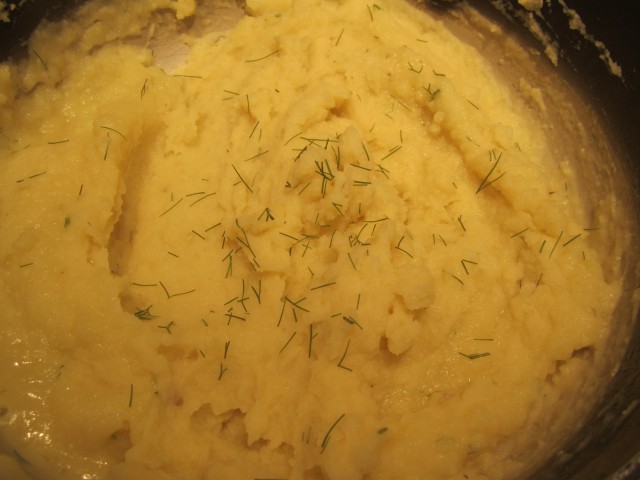 Fold in 2 teaspoons chopped fennel fronds (only the finest, wispiest fronds–not any coarse or woody ones). Add the remaining olive oil, along with 1/2 cup of additional salty cooking liquid.  You’ll find that, depending on the moisture content of your potatoes, you may need to add a lot of cooking liquid back into the potatoes to make them the right consistency (not too stiff).  This will continue adding salt to the puree, and should result in a nice creamy, salty puree.