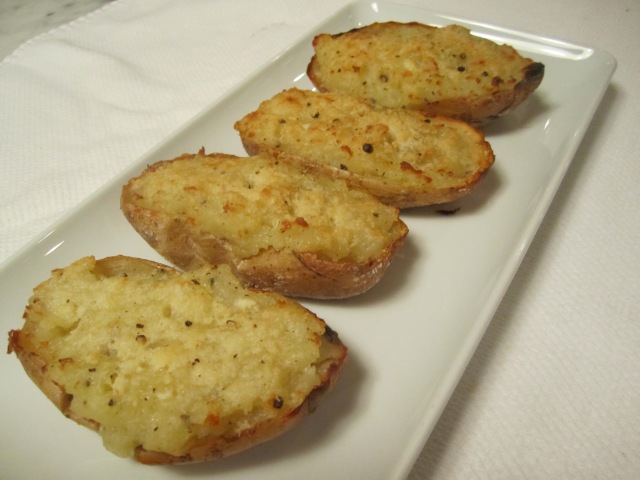 The beautiful lamb chops that my butcher had the other day inspired me to make my version of a meat-and-potatoes kind of meal. 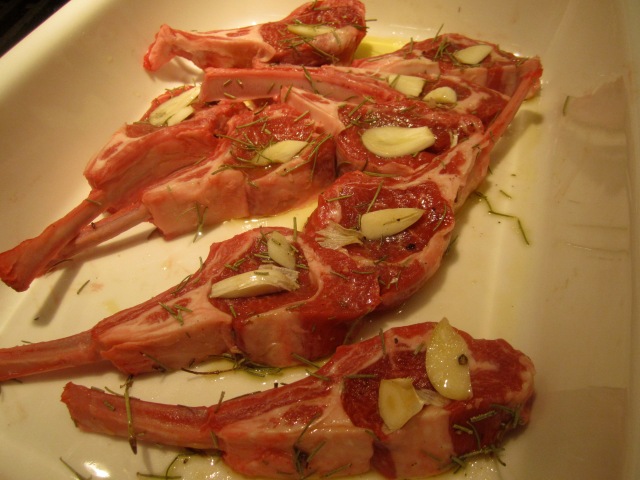 I was in the mood for baked potatoes,  and tonight, I decided to dress up our baked potatoes by scooping them out of their skins, mashing them with pecorino, olive oil and  black pepper, then returning them to their skins to bake a second time.

Along with the chops and potatoes, we had simple sauteed spinach with garlic and olive oil. 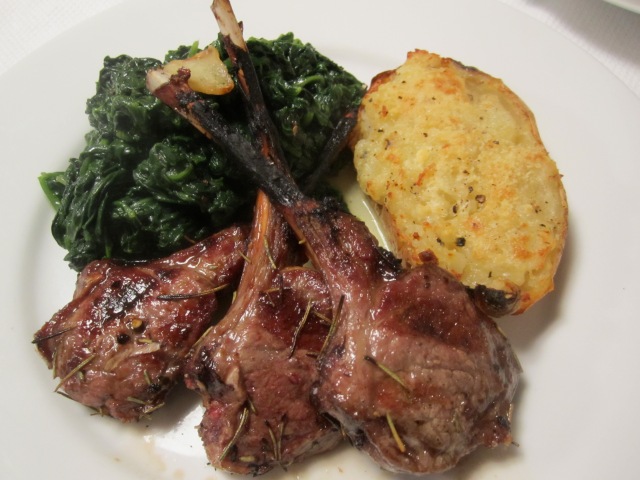 These potatoes are rich and luxurious, and a festive change from plain baked potatoes, especially with plain grilled meat.

Wash potatoes and poke a couple of holes in each one with a knife or fork.  While still wet, sprinkle with a light coating of kosher salt. 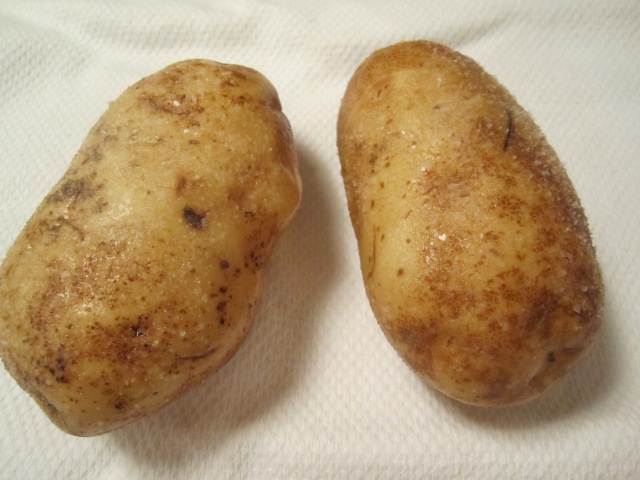 Place on the rack in pre-heated oven and bake for an hour or until soft (all the way through) when poked with a knife. 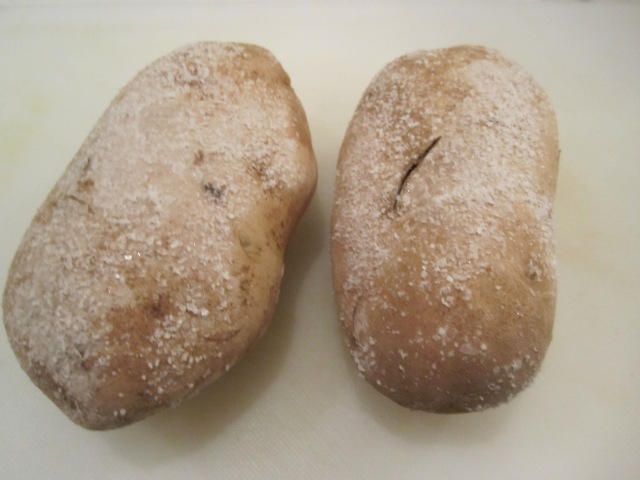 Slice potatoes in half lengthwise and with a spoon, scrape out the filling and set aside. 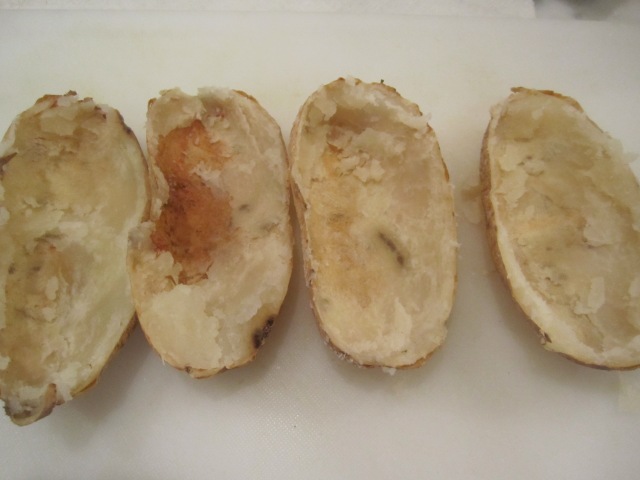 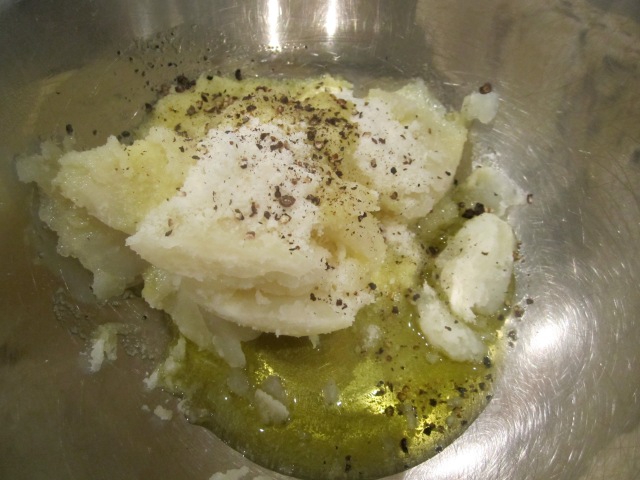 Mash with a fork until uniformly soft and combined into a slightly lumpy mass. 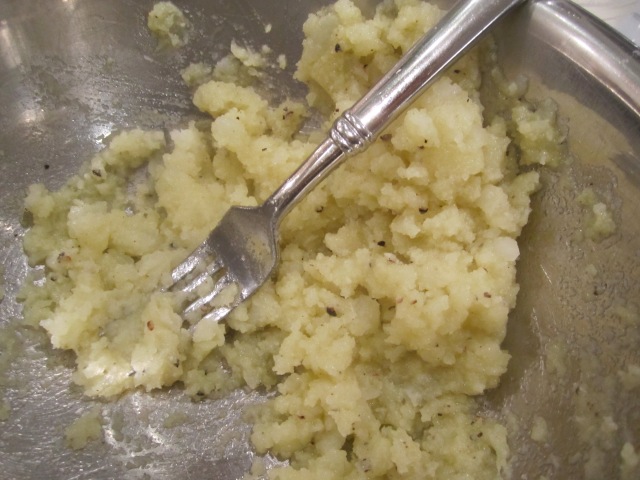 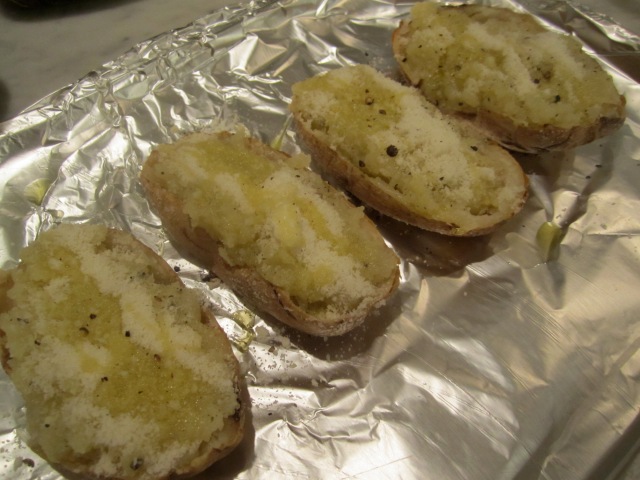 Return to oven for about 15 minutes, then place under broiler briefly until light golden-brown (don’t take your eyes off of them or they will burn).